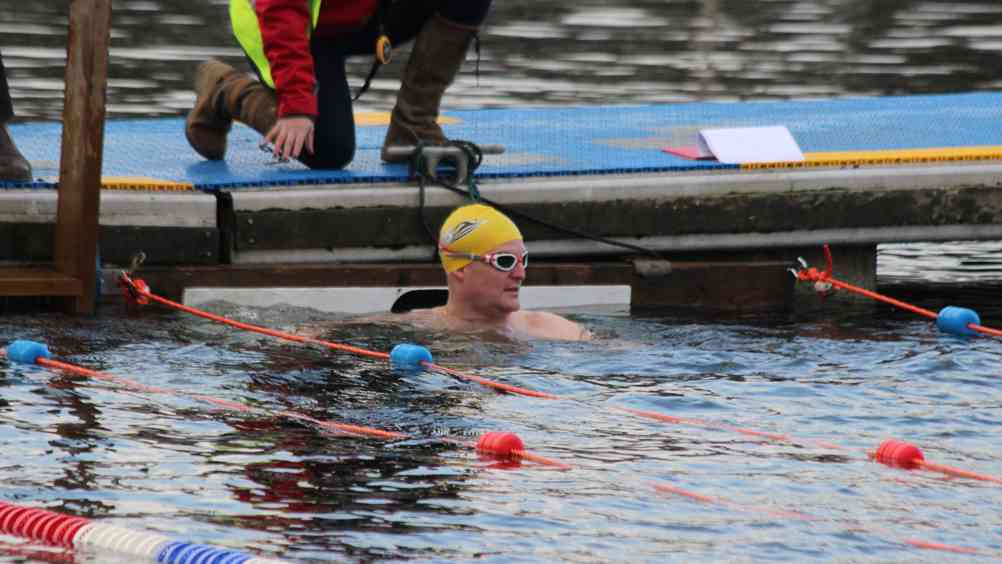 Jim’s swim is due to take place between 9-15 September depending on weather conditions. He is hoping to complete the crossing between Dover and Calais in around 12 hours and raise £5,000 for Dentaid along the way.

Jim will be swimming alongside High Hopes, a boat containing his support team, a pilot and an observer from the Channel Swimming and Piloting Federation who will help him to overcome the chilly sea temperatures, strong currents and the risk of hypothermia and exhaustion. Although the shortest distance between England and France is 21 miles, drifting currents mean that Jim will probably swim at least 25 miles and will need his team to keep him on course.

“They will be looking after me by keeping me fed and hydrated and navigating,” he said. “Also, they’ll keep me going when I feel like giving up. When you are swimming for that length of time it’s a balance between saving your energy and maintaining your swimming technique. It can actually get quite boring but it’s important to keep focus.”

The swimming dentist from Sheffield, who also works as an international dentolegal consultant for Dental Protection, was a competitive swimmer and water polo player until he discovered open water swimming a few years ago. He has previously swum sections of the Channel as part of a relay team in 2018 but this will be, by far, his longest solo swim. Lockdown restrictions have affected his training schedule but when an opportunity presented itself to swim the Channel, Jim dived in.

“You normally have to wait two to three years for a slot and support boat to become available but a friend of mine offered me his place,” he said. “I’m excited and nervous at the same time. It’s often said that more people have climbed Mount Everest than have swam the English Channel – it’s only been done solo by 2,125 people so far – so it will be quite an achievement.”

The rules state that Channel swimmers can only wear swimwear, googles and a hat in the tradition set by Matthew Webb, the first person to complete the crossing in 1875.  Therefore, Jim won’t be allowed to wear a wetsuit as protection against the 18-degree sea temperatures and jellyfish.  New rules state that provided he doesn’t get with 2 metres of anyone on the French coast and comes straight back, he won’t have to quarantine on his return.

All the money raised by Jim’s epic swim will help Dentaid restart its work providing emergency dental services for the poorest and most vulnerable people. Medical Protection, which includes Dental Protection, has offices in Leeds where Dentaid provides dental care for homeless and hard-to-reach people. These clinics are due to resume this autumn.

“We are so grateful that Jim is doing this incredible swim for Dentaid,” said the charity’s fundraising manager Sue Smith. “It’s such a challenging and exciting way to raise money for our projects at a time when more people than ever need our help.”

Track the swim at www.cspf.co.uk/swim-routes and select the boat High Hopes.