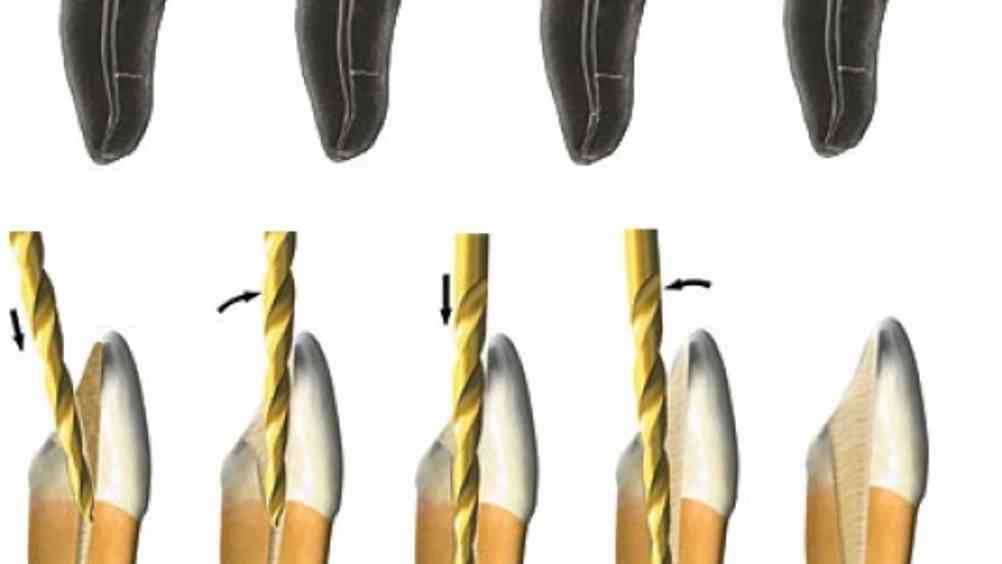 This is a challenge that endodontic expert Stephen Buchanan has tackled head on, creating the LA Axxess line angle instruments to optimise access preparations.

The LA Axxess line angle instruments optimise access preparations. The LA Axxess diamond bur, designed for use with high speed handpieces, makes the job even easier. These burs feature a non-cutting parabolic tip and are designed to cut line angle access. In straight canals, these line angle instruments can be used to shape the coronal part of the canal. LA Axxess offers all the burs needed for initial access opening through restorations or crowns in one handy kit.

With anterior teeth, resistance occurs when the pilot tip contacts the buccal surface of the pulp chamber or canal space. At this juncture, tip the bur up just shy of the incisal edge, and then introduce it deeper into the chamber or canal. After the bur is tipped further back into the centre of the cingulum region, make a deeper cut into the canal.

For bicuspids, insert the bur into the pulp chamber and each canal orifice. Tip it out to the working cusp (1-2mm shy of the idling cusp) for an ideal line extension.

As for molars, insert the bur into the pulp chamber until it comes in contact with the chamber floor. At that point, tip the bur to match the mesial tooth surface angle. Rotate the bur in a circumferential motion until the pilot tip is felt contacting the pulp chamber’s lateral walls.

Finish the cavity prep once the line angles are serially extended to their ideal positions (to the working cusps and 1-2mm shy of the idling cusps). This is accomplished by angling the bur until its pilot tip drops into each canal orifice, tipping it to the desired extension point and circumferentially moving the spinning bur around the pilot tip.

Stainless steel burs may be used as Gates Glidden replacements in a slow speed handpiece at 5,000-20,000rpm. Use these instruments for removing dentine without affecting the enamel.

1. Insert the appropriately sized line-angle instrument into an initially accessed tooth. Use:

3. In straight canals, push the spinning instrument into the canal to resistance.

4. Finally, tip the instrument toward the cingulum to remove the lingual-dentinal triangle.

5. The completed preparation has no cervically positioned curvature, allowing predictable straight-line access into canals. When line-angle instruments are used in straight canal forms, they can quickly cut the coronal half just short of shape.

In a nutshell, the LA Axxess high speed diamond bur allows effortless cutting of dentine and enamel. Even without direct visual control, they automatically create perfect line-angle extensions as they meet each orifice. With their rapid, high speed cutting ability and automated outline form, molar access time can be greatly reduced and outline forms have a more organic shape, idealising line-angle extension as well as conservation of the tooth structure.

As for the stainless steel burs, they idealise the functional aspects of access preparations by cutting a perfect line-angle extension without any ledges or irregularities. These burs quickly, safely and accurately cut ideal file paths through coronal tooth structure, dramatically reducing the chance of file separation.