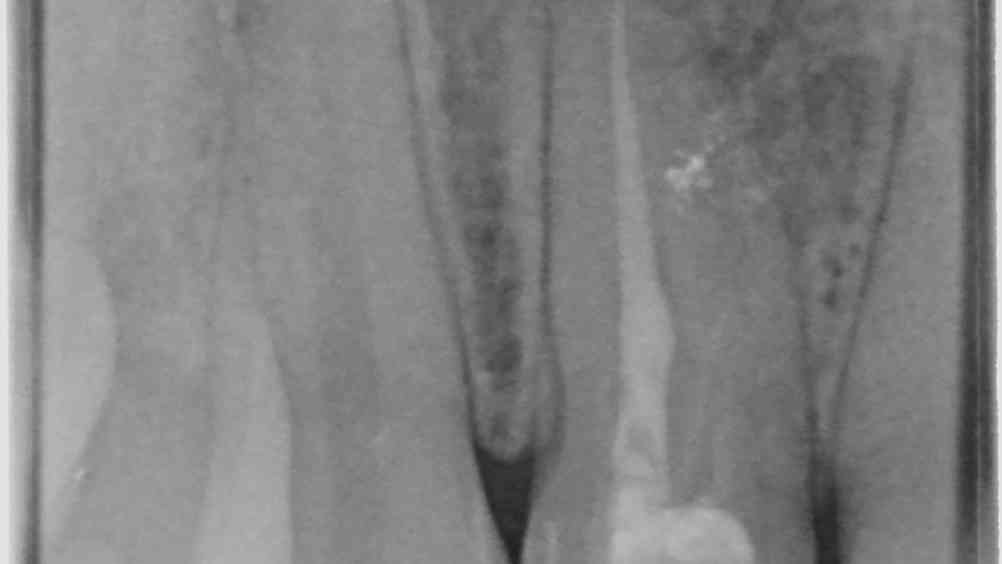 This 14-year-old female patient had presented to her regular dentist with pain, following the development of an abscess on her upper right lateral incisor. The tooth was diagnosed with apical periodontitis and endodontic therapy was performed at this time. However, the tooth failed to settle down completely and remained intermittently symptomatic.

Five years later, the patient experienced severe pain and swelling around the tooth, prompting a return to her dentist. Clinical examination and a LCPA radiograph confirmed that the previous endodontic treatment had failed and the patient was subsequently referred to me at Ten Dental+Facial.

A full clinical assessment was conducted during the initial consultation, which found the patient to have very good general oral health, with no previous restorations or other concerns. The shape of the clinical crown of the tooth was rather uncommon with a deep invagination and the relevant periapical radiograph, in combination with the CBCT scan, revealed quite irregular root canal anatomy of the tooth in question. The final diagnosis was apical periodontitis of upper right lateral incisor with ‘dens invaginatus’.