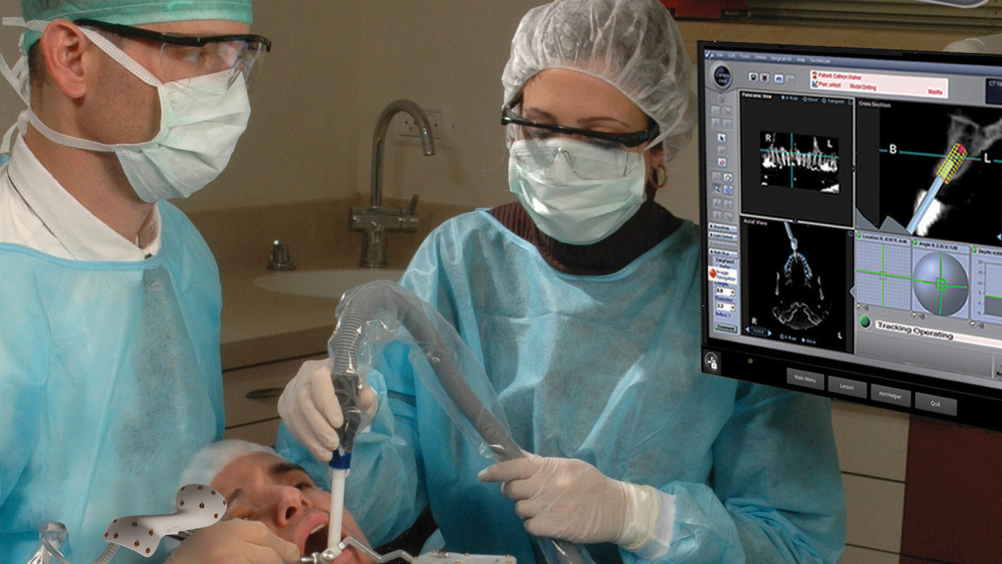 This new image guided implant (IGI) system extends the use of CBCT scanners to include intra-surgical navigation and has real-time, speed of light, tracking with absolutely no on-screen lag. It also has sub-millimetre accuracy and a robotic auto-stop for maximum safety where the drill motor stops automatically and instantly turns off the drill if it is placed outside of the planned surgical area.

“Our new system seamlessly integrates the advantages of freehand surgery, including unfettered vision of the surgical site, retention of the surgeon’s tactile feel and the application of intra-surgical clinical judgment,” explained Lawrence Obstfeld, CEO of Image Navigation.

The last few years have seen new opportunities open up in dentistry with significant growth in the dental implant market combined with technological improvements and cost reductions.

It is estimated that more than eight million dental implants were placed in patients across the world in 2018, with more than three million in the United States alone. This USA figure is expected to increase by 33 per cent to four million by 2022 and the growth rate in other areas, especially in Asia Pacific, is expected to be even faster. In the UK, there were an estimated 260,000 implants in 2018 which is double the number five years ago.