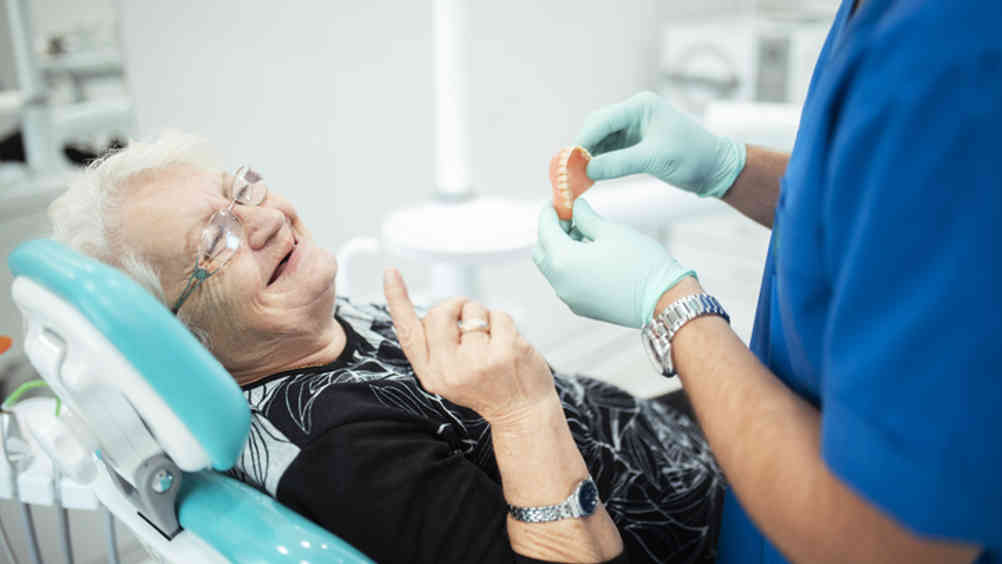 The resin can be ‘recharged’ by adding silver, which has strong antimicrobial properties. Neither does the resin affect the appearance of dentures, allowing for the brightest smile possible.

Common oral infections in older adults, such as candidiasis, can be prevented with the ‘rechargeable’ bacteria-killing and fungi-killing dentures. Candidiasis is a yeast infection that affects many people who wear dentures, causing difficulty eating and drinking, and can lead to serious problems in the blood, heart, brain, eyes and bones.

Led by Dr Lubomira Tosheva in the School of Science and the Environment and Dr Sladjana Malic in the School of Healthcare Science, an interdisciplinary research team has developed an acrylic resin for dentures that actively fights bacteria and fungi in the mouth.

The dental resin uses a slow-release mechanism, enabling it to work consistently for forty-five days.

The researchers mixed silver, which has strong, active antimicrobial properties, with zeolite, a microporous material that enables and controls the slow, timed release of the antibacterial activity in the mouth.