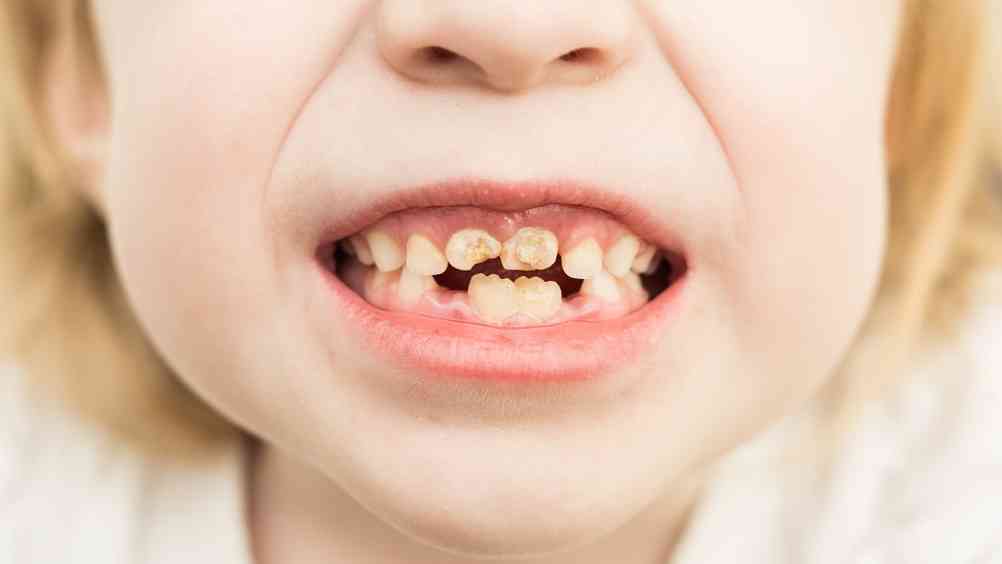 Australian and Chilean researchers solve a 100-year-old mystery and call for education and research to save millions of teeth worldwide.

“Now, researchers from The D3 Group (based at The University of Melbourne, Australia) and the University of Talca in Chile, have discovered the mechanism causing molar hypomineralisation, the commonest type of chalky teeth.

“They report today in Frontiers of Physiology that chalky molars arise when developing enamel is contaminated by albumin – a protein found both in blood and in the tissue fluid surrounding developing teeth. The trigger appears to be childhood illnesses.

Mike Hubbard, a University of Melbourne research professor and lead author on the report, explained, “The result is a sort of 'mineralisation blockage', which is highly localised to the areas on individual teeth that become chalky enamel spots.

“This discovery allows us to correct 40 years of medico-dental dogma which blamed defective enamel-forming cells. What this dogma couldn’t explain is why chalkiness affects only one or a few teeth in a child’s mouth.”

“We’ve shown instead that albumin leaks in occasionally at weak spots, binding to enamel-mineral crystals and blocking their growth. It’s not a system-wide problem, but a very localised one.”

The researchers suspect that the albumin leakage is triggered by routine baby illnesses such as a fever, according to the media outlet. Now they plan to:

"We can’t yet prevent chalky teeth from developing in the first place, but if health professionals catch them early – when they first enter the mouth – then we dentists can usually save them," says Vidal Perez, a paediatric dentist and researcher at the University of Talca.

There are several types of chalky teeth reflecting different causes such as genetic anomalies and problems with nutrition.

The team is particularly concerned about molar hypomineralisation as it carries the most social and economic impact. “Molars are particularly prone to damage,” says Vidal. "They are hidden away at the back of our mouths, with grooves that catch food, and they’re harder to clean.”

A tooth with severe hypomineralisation is 10 times more likely to decay than one without. It is very much a silent epidemic, causing lots of suffering.

The scale of the problem became apparent to Mike when he noted fluoridation of community water supplies led to a big but incomplete reduction of tooth decay in children. A substantial proportion of children with unexplained decay remained. So, he founded a research and education network, The D3 Group for developmental dental defects, to understand what was happening.

Fluoride, which protects against tooth decay in normal enamel, has little if any effect on chalky molars, which are as prevalent in developed countries as in developing ones.

Chalky tooth enamel was first studied by Austrian (and later, American) medical researcher Bernhard Gottlieb, who reported in 1920 the mystery that only some parts of some teeth are affected.

“Building on this research breakthrough, and with appropriate resourcing, The D3 Group can now look towards a medical strategy for preventing this worldwide problem,” said Mike.

“This new avenue of research could one day eliminate about half of childhood tooth decay, along with its disturbing costs to affected individuals and society,” he says.