NASDAL Goodwill Survey – what happens next? 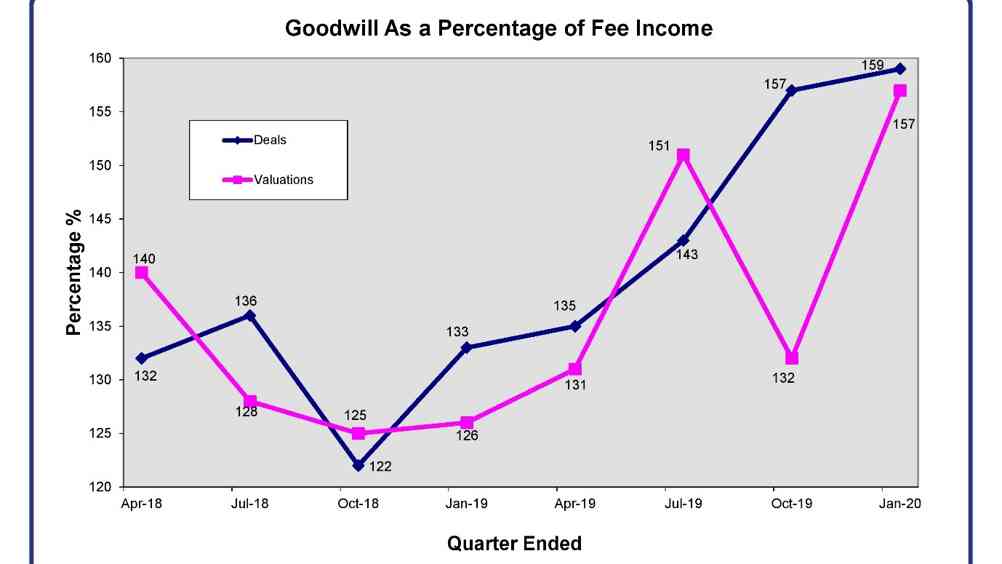 However, these are not normal times. Due to the COVID-19 pandemic, this week saw the delayed release of the figures for the quarter ending January 31, 2020.

Again, NHS practice values fell back a little – from 166 per cent of gross fees in the previous quarter to 155 per cent.

What will happen next?

Alan Suggett, specialist dental accountant and partner in UNW LLP, which compiles the goodwill survey, said, “It is fair to say that the most interesting part of this survey is effectively what it doesn’t show – that is what has happened since March 2020 and the advent of the coronavirus pandemic.  Following this, I think it is fair to say that the days of the spectacular corporate deals we have seen in recent years, are over.

“At NASDAL we obviously spend a good deal of time speaking with other professional service providers such as bankers, valuers, IFAs and so on; the prevailing view is that we are currently in a ‘marking time’ stage as everyone waits for normality to return. And most do expect normality to return. The number of practice sales during the last few months has massively reduced and those that are being done are often seeing a substantial discount to go through.

“At present, most buyers are requesting a delay in the process. There is more uncertainty with regard to lender valuations; some valuers are valuing at pre-COVID levels but based on the assumption of a longer sale period rather than the previously normal six months. Lenders are still happy to lend but they want more information such as up to date management accounts, or even vendor prepared cashflow forecasts.”

The goodwill figures are collated from accountant and lawyer members of NASDAL on a quarterly basis in order to give a useful guide to the practice sales market. These figures relate to the quarter ending January 31, 2020.

NASDAL would like to remind everyone that as with any averages, these statistics should be treated as a guideline only.