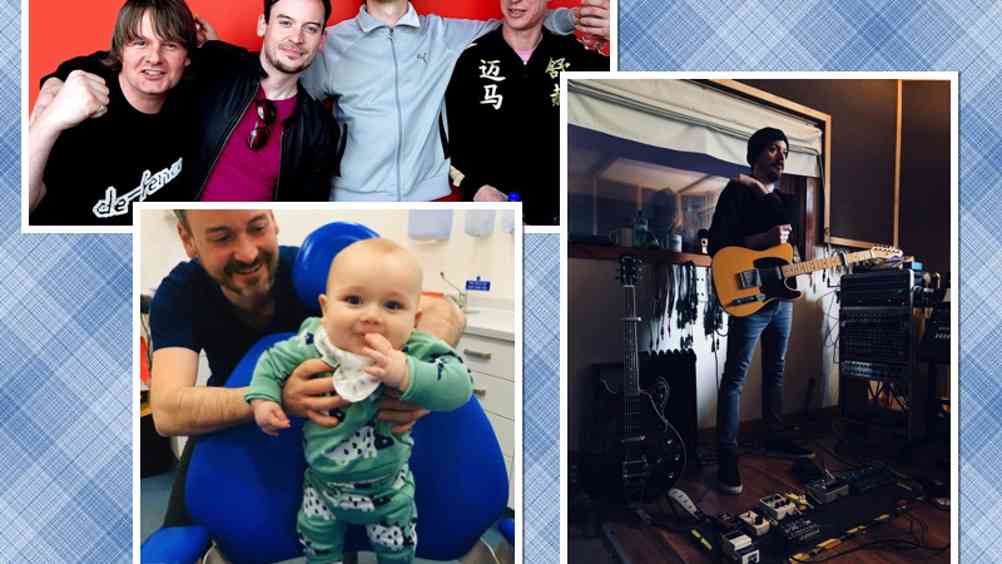 On a glittering music career, talented guitarist David Devine performed all over the world, with the likes of Calvin Harris, the Chemical Brothers, Groove Armada and Faithless, before giving up the music world to study dentistry instead.

Now the 40-year-old, who treats thousands of patients at Clyde Munro’s Baillieston practice in Glasgow, is going back to his musical roots to support the hospice which cared for his cancer-stricken sister.

He has launched a Rock the Hospice fundraiser to support St Andrew’s Hospice in Airdrie and has also pledged to donate all proceeds from his new solo, single, One Last Time.

Among the first donations to the cause was a £500 contribution from Clyde Munro, Scotland’s biggest dental group. Modest David shared news of his fundraiser with colleagues when he performed during an online concert for Clyde Munro’s 500 staff across Scotland – and bosses immediately pledged support.

David, who lives in Hamilton, saw first hand the care and devotion of hospice staff when his sister, Karen Derbyshire, spent eight months there with breast cancer before her untimely death in 2017, aged 50. She is survived by husband, Lenny and daughter, Stephanie who now has a son of her own who Karen unfortunately did not get to meet.